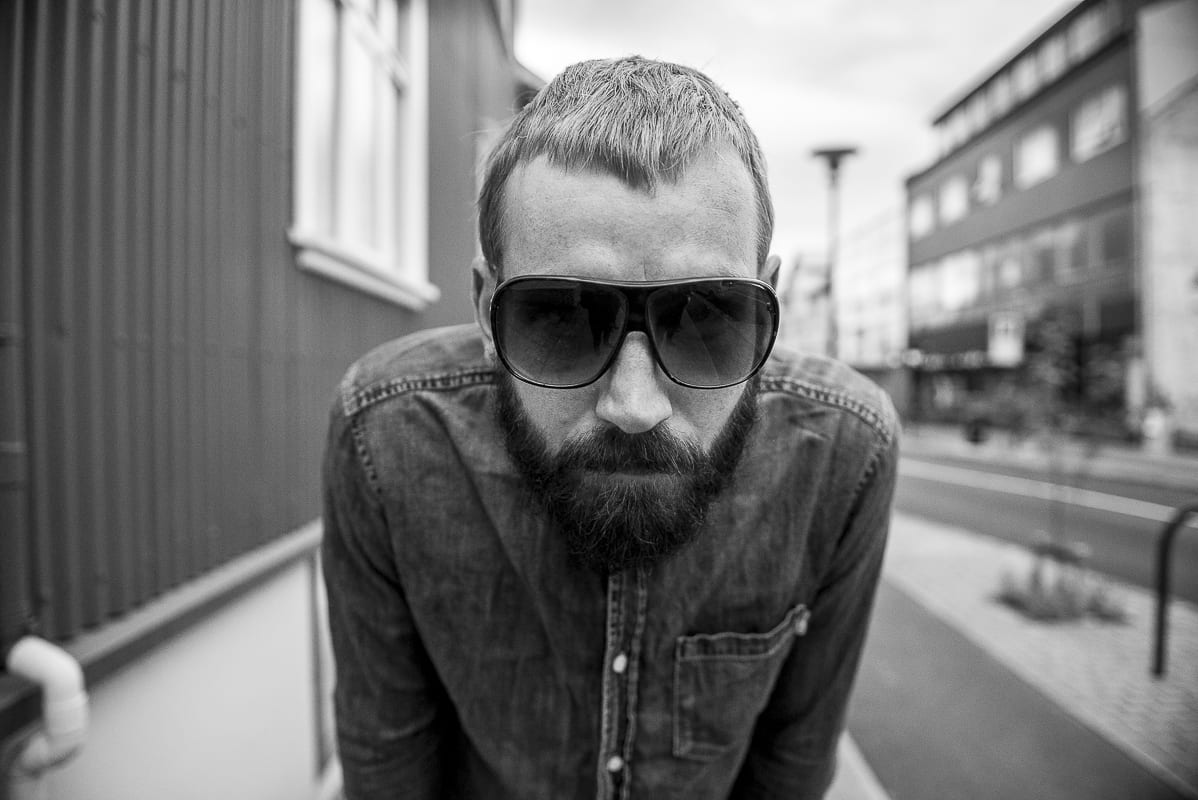 Albumm met the one and only Ragnar Steinson (Raggi), the bassist for Botnleðja, one of the all time most popular bands in Iceland. He told us about his career, what his plans are, and eveything in between.

When did you start taking an interest in music, and has rock ‘n roll always been your favorite genre?

Pretty early. My parents mostly listened to Jazz, so I was raised to Miles Davis, Chet Baker, Duke Elllington and such greats. I think I’ve been really lucky to have got to know that. Guns ‘N Roses’  Appetite for Destruction was released in 1987, which changed everything. We became a real wild bunch and lived for rock music. Then Nirvana appeared, which set us on the right track, and that’s when we started playing. Rock music was our thing, and we searhed high and low and dug up bands, both old and new, that were doing good things.

You play the bass in Botnleðja. Is that bass the first intrument you learned how to play?

No, the piano is the first instrument. We went to Halli’s garage and Heiðar had a guitar and Halli had a drum kit and I don’t remember if I had a keyboard or not. Sometimes during recess we’d go play, but not long after that I went and bought a bass, because we were missing a bass player. I was like 16 or 17 at the time and everything just started happening then, as we spent all our free time writing and rehearsing.

Have the members of Botnleðja known each other for a long time?

I´ve known Halli since we were six years old. Then I met Heiðar in my teens. It was some kind of magic. We were supposed to meet and make music. We’ve been close friends ever since and will always be.

Was there a lot of growth in the music scene in Hafnarfjörður?

There has always been a lot of growth in music in Hafnarfjörður. The people of Hafnarfjörður have always got each other’s back, which has been beneficial in the long run. It’s was a privilege to have grown up with all these crazy bastards.

Then you entered the Músiktilraunir (tne national Battle of the Bands). Had you been around the block at all before you  came, saw  and conquered?

We started playing with various other bands early on and formed a few bands under different names. I think our first gig was at Flensborg, where we wen to high school. We were called Dive ath the time. In 1994 we entered Músiktilraunir as Botnleðja, which got the ball rolling.

One could say you acheived fame over night.

We just had this music in the right place at the right time. Nothing like it was happening at the time. Then there was some kinda revival at the same time and a lot of good bands started appearing and everyone was really into playing shows everywhere. I was actually listening to a Stjörnukisi recording the other day. They were fucking good. It’s time we honored Úlli’s memory. Then there was Hljómalind, or Kiddi Kanína. He started importing records that other record stores weren’t paying attention to, and he really spoon fed us with good music.Then he’d book foreign bands, so that an alternative scene started happening, which was necessary.He really deserves some kind of award for his contibution to music in Iceland. Then when the radio station X-ið arrived, it became the primus motor for rock music in Iceland, which they should be commended for. It was a fun era, a really awesome one. Around 1997 we were always performing, and if we weren’t performing, we were rehearsing. We just thought this was how it was gonna be forever and it’s incredibly funny to listen to old recordings and hear how you talked…that was just back then. 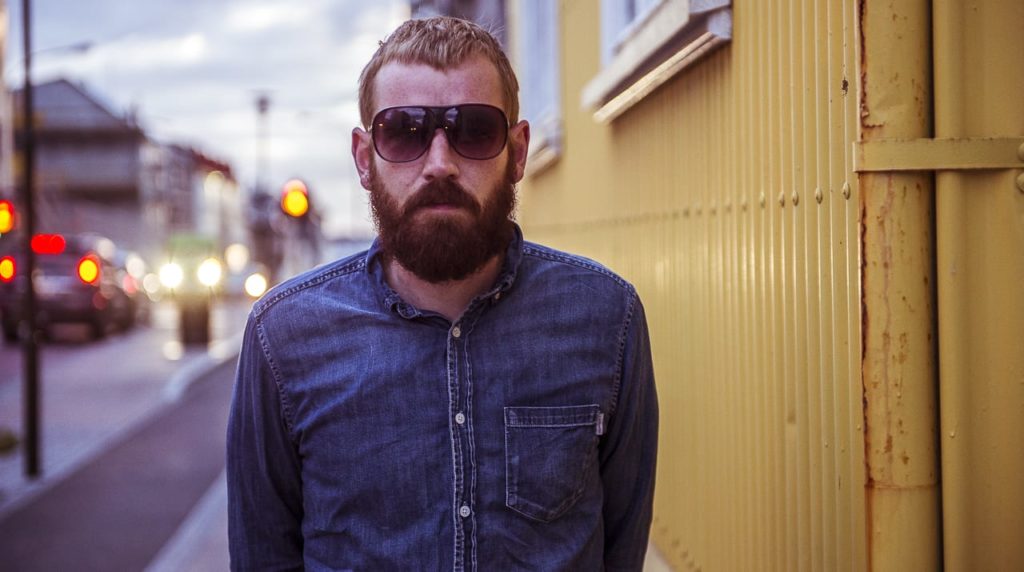 You’ve been plucking the bass for years. What kind og bass do you have?

I´ve had a few in my days, but the Music Man (Sting Ray) is my instrument. I had it fixed the other day and found out it was manufactured the same year I was born, even on my birthday. So we’re brothers, which is really remarkable, hehehe. 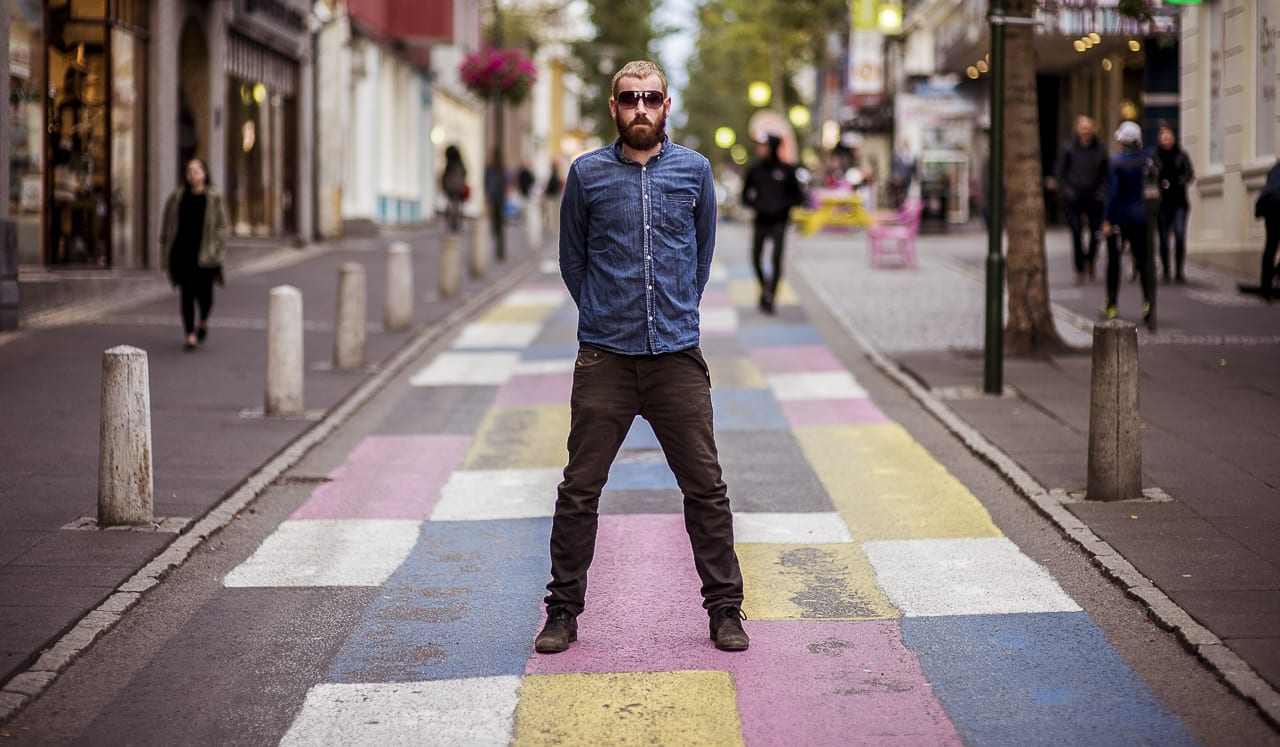 Wasn’t it a great adventure?

It was a glorious time. Something I would never have suspected. Getting to perform all over the place with bands small and big. A lot of stories and adventures that we’d best keep to ourselves.!

You then started touring the world. What was that like?

We were really into performing and we’d play concerts like twice a week. We had some really good help from Kristján Gunnar Blöndal and Andri Freyr, who provided immeasurable input. We we’re really well rehearsed and looked forward to going abroad. We noticed that some bands we were listening to, and had the opportunity to perform with, weren’t as good as us live. That was our advantage. Even if some of our songs aren’t that strong. It didn’t matter, we knew what we were doing. We were performing at the old Tunglið venue and Damon Albarn saw us play. He quickly got in contact and offered us a tour with Blur through England. We’re actually great Blur fans, so that was the best thing that could have happened to us. It was a truly incredible trip, a new chapter for us. After that tour, things happened very fast. We got to know some good people that knew what they were doing and we went all in. We toured Europe, Scandinavia and the US. We hit the studio in Los Angeles and England and played every hole in the wall we could. We signed with Trust Me Records and did the festivals. But that era is blurry to me and I can’t recall it all. Cheers!

You won a lot of awards and released, what, five albums?

We released six full lengths. We recorded the first one in twenty five hours and it’s all live. It sometimes suffers from sound issues, but I really love it. I’d like to re-mix it and release it on vinyl. Then on the next record we gave ourselves a lot of time, or around three weeks. I have a hard time deciding between them. They all have their one style, depending on what we were listening to and trying to acheive. Then we won some award for all this, which is great. It’s always nice to be recognized for what you’re doing.

Did you ever plan to join Pollapönk?

No, that was their project. I actually did play all the bass for their first album, which was a lot of fun. But having the two geniuses, Addi and Guðni, in the band, can only elad to good things.

What was it like performing as Botnleðja again in 2012?

It was really great! We did two gigs af Gamli Gaukurinn, a venue we knew very well. We did a two hour set there, a lot of songs. Then we performed at Eistnaflug, which was really memorable, and then at the Þjóðhátíð festival. We finally got paid to play and everyone was really happy. Getting in some songs we haven’t performed in a long time was a lot of fun. You get a new sense of them. 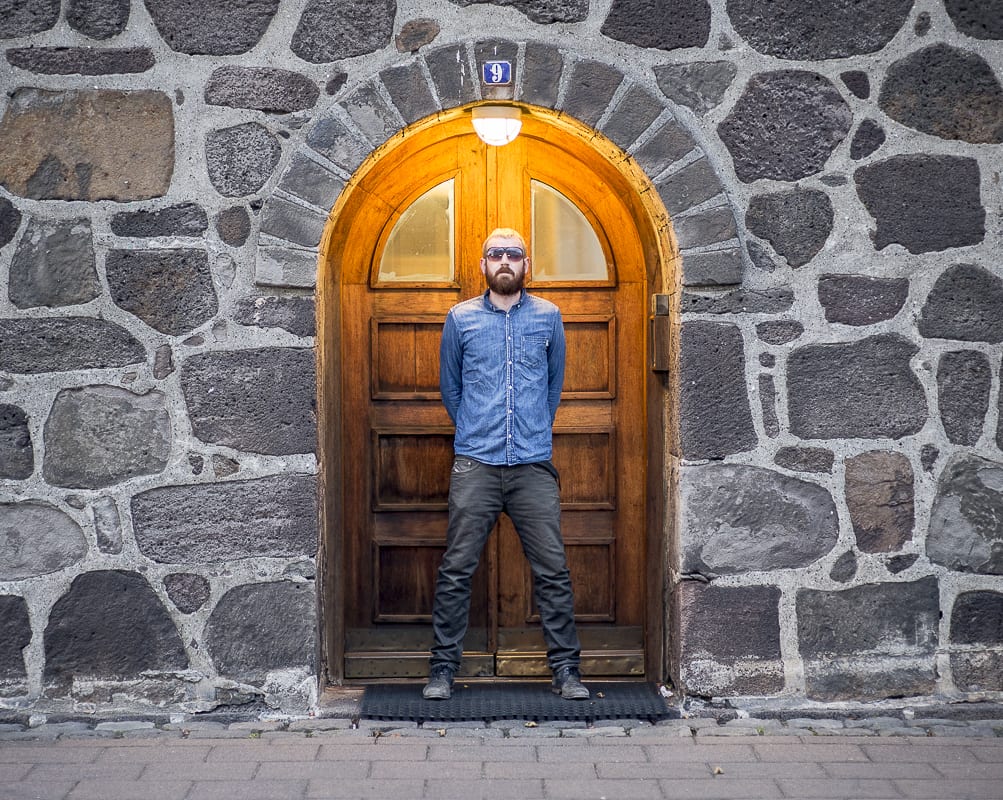 You never planned to keep going and make another album?

We haven’t ruled that out yet. We aren’t active at the moment, but never broke up. We don’t need to. We’ve discussed it many times, but always feel we got something left. We’re old men now, which calls for something more.

What are you up to at the moment, and do you have any facilities to write music?

I´m lucky enough to have a rehearsal space at home. It’s like a bomb shelter. There’s just a hatch in the floor and the facilities are below. Nothing carries outside, not even the drum kit. Drumming is such crazy fun and I sometimes play around with recording beats and lay a track on top of them. But it’s nothing I’d book a gig with. I´m a bass player and a carpenter. Both of which are really creative, a creative energy that I thrive on. I’ve been really lucky with projects, both musical and building ones. I’ve been doing very unconventional carpentry. I’ve been building with all kinda shit, from foam to building space ships and sculptures. I´m still listening to music, and when I hear some good stuff I wanna hear some more of it. But I tend to search out old and good stuff. I’m a musical omnivore, be it rock, hip-hop techno, house or whatever. It doesn’t matter as long as it is good. There was this phase where I only listened to rock n’ roll, but my mind has opened up somewhat. If I wanted to start a band today and perform, it’d be some sort of Shellac-like thing. Something hard where we’d take the piss and scold people. It’s actually been on my mind for a long time. Heiðar and I have been playing around sometimes and we´ll delve into any old thing. Whatever happesn, happens, whether it is heavy or not. It can be sweet at times, but always cool. I’d like to be on stage with a band that knows exactly what it’s doing.