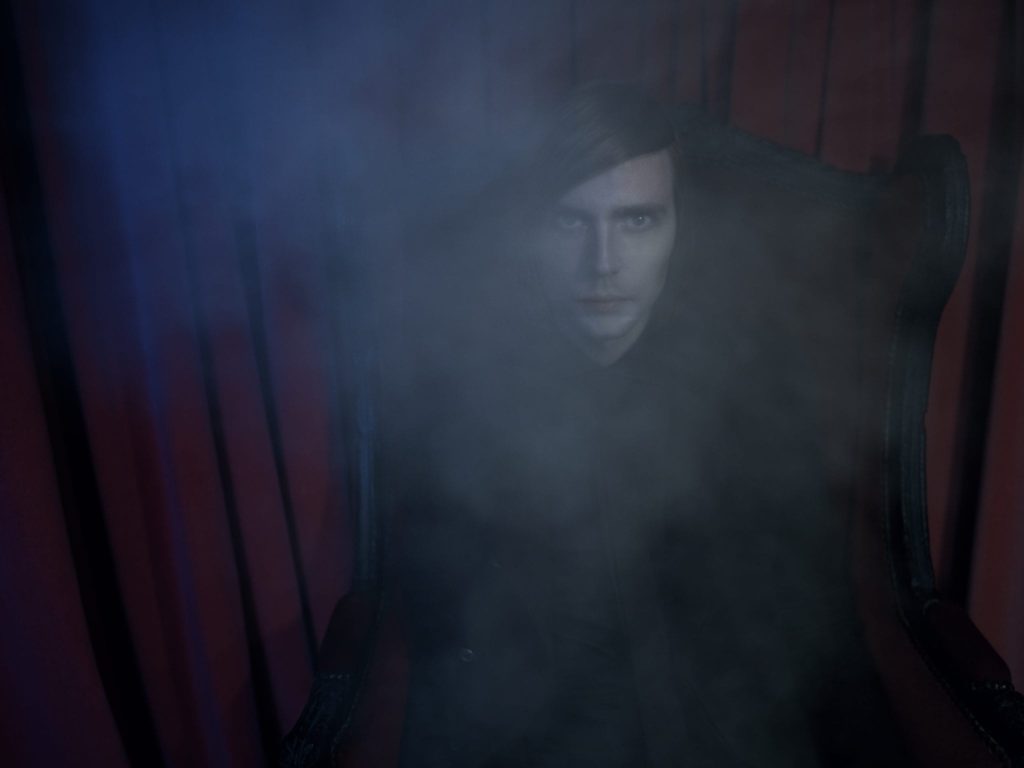 Barði is the man behind Bang Gang, Lady & Bird, and Starwalker. He came for a chat and told us about the past, the future, and everything in between.

How did it come about that you started working with JB from Air?

I was asked to open for them at a couple of concerts. It just met them briefly then. Then we have a mutual friend abroad, who is a photoggrapher. Two years after that she was talking about me having to meet JB, and that we’d probably hit it off, but then he remebered me from when we were performing together. She sent us an email, “Hey guys, why don’t you have a coffee and talk to each other. I think it’d be fun.” And we just, “Alright.” We then met for some coffee and decided to make a song together. Then something fun happaened and we decided to make another song. We thought it was fun at the time, but dccided not to use it. Then we decided to try agin, and again, and again, and in the end we had a dozen songs or so, and finally a whole album. We decided to finish a record last summer and we needed to plan far ahead, when to meet and such, We made a plan, but things always get delayed a bit.

Have you toured at all?

We´ve played one show, but we’re not gonna play until November. Wer eleased an Ep and we wanted to try performing live. We got a totally super crew with us and had a lof of fun, so we’re gonna do it again. We just need to find the righ time. We wanna make more than just one Ep before we start touring or playing gigs. There is an Ep out, but the LP is set for April. Although we’re currently wrapping it up, we’re gonna wait until April. The reason being that we’d like to take the time to finish up things and not do them last minute. Then we’re gonna release, sometime between Dcember and January, an album by Darkel, which is JB from Air’s solo project, and I´m gonna release a Bang Gang album. So we decided to do a single, then a solo and then Starwalker.

Do you have any facilities in Iceland, and what are you mainly using?

The Starwalker album is mainly analog. We recorded the majority of the stuff in the Air studio, I might have done some over dubs at home in Iceland. There I have all the vintage stuff you can image in prime condition. It was unbelievably fun and I´ve learned unbeleivably much.

When did Bang Gang start?

Henrik (Singapore Sling) and I started in 1996.Then in the year 1998 I was screwing around by my self and got Ester Talia Casey to sing, and I asked Henrik if it was okay for me to use the Bang Gang name, I couldn’t find anything better, The first album with Ester came out in the the year 1998. Then I just had one keyboard, 1000k megabites and a guitar with a busted amp.

How many Bang Gang albums have been released?

There have been three records. The first one dropped in 1998. I then made anther album that was really similar to the first one and didn’t find it good enough, so I started on it again from scratch and it was released in 2003, The first album was mostly me on my own, but for the second album I went more acoustic. Maybe not really acoustic, but there was an acoustic guitar on it and more instruments, although it was programed as well. The third album came out in 2008. All the albums have been released on a five year cycle, but now I’ve broken the cycle. It’s 2014, so there have been six years, but I´ve been doing a lot of different things in between.

How did Lady & Bird come about?

The same way as JB. A mutual friend, Karen Ann Zeidel, told us to meet up and direcred us to some bar, I was really busy, and Karen was really busy, but we met up and exchanged CDs and just said bye. We then got in touch through email and decided to make one song. Then we made another one, and another one, and then an album. We did one record together and then I had a song on her’s and she on mine. Then we made an opera that was staged in France, and then we did a live concert album back here with The Icelandic Symðhonic Orchestra. We held a gig at Háskólabíó and also performed in France. That was a lot of fun.

You’ve composed music for films, shorts, and documentaries, both here at home and abroad.

Yeah, I think I worked on all the series of Pressan and Réttur, and then I arranged the theme for Fóstbræður, Silfur Egills and Innlit Útlit. I had music in a movie that hit the top 10 in France for three weeks. Six hundred thousand people came and watched it, which is twice the population of Iceland, and the biggest number in Iceland is seventy thousand. 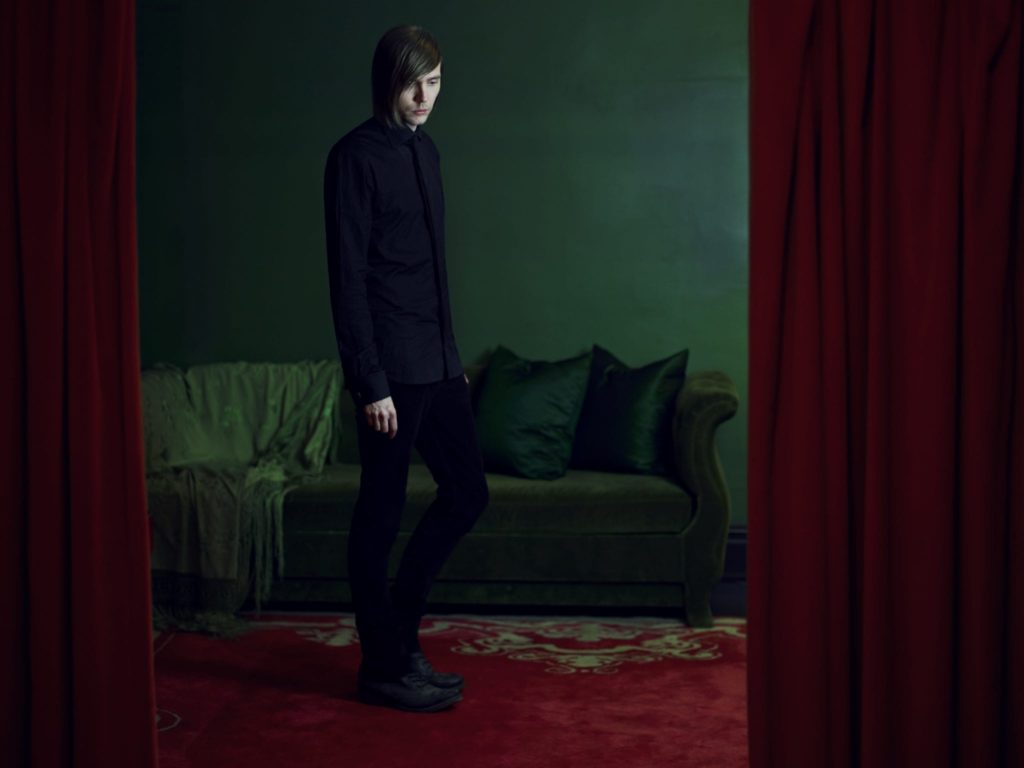 But why have you spent so much time in France?

An unnamed person told me, “You think you can just go abroad, walk in to offices and get a record contract?”. He was moking me, you see. I´m usually like if someone tells me I can’t do something, it has an inspiring effect on me. So I went abroad and walked between record labels and then got an offer from the UK and France, and these were companies owned by the same people, but the French company just made a better offer. Suddenly I was stuck in France for some determined amount of time and I started to get acquainted with people there. Mute Records released the classic Landy and Bird record in the UK.

What is the difference between making your own music and making it for others?

When I´m making my own, I call the shots, but when I´m making music for TV and movies, for example, I don’t. There someone can tell me, and has the right to tell me, how thigs are supposed to go. Which is alright by me, because I can then also go do my own thing.

The “Who is Barði?” documentary.

So, the thing was that I was upposed to be doing thus EPK, Electronic Press Kit. It was supposed to be a promotion for the album and I thought It’d be really boring to watch yet another band saying how incredibly cool and talented one is. I couldn’t be bothered and people certainly couldn’t be bothered to watch it. So I wanted to do something more up beat and I got the director Raggi Braga with me to make a good joke. Then it ended up at a bunch of film festivals. it was just a good joke.

I heard you were designing clothes. Is there any truth to that?

Yeah. I studied fashion design and finished the crafts program at Fjölbraut í Breiðholti high school and learned the basics there. I was asked to parttake in a joint exhibition in Italy. People had to design a statue of themselves and design clothes for the statue. I did it, but I havent made a lot really. But it’s in my bones, I´ve sewn stuff if people need clothes for somehing, for a video for example. The statue is in a box at the Icelandic Design Museum, I think it would be going too far to keep it a my place.

Have you grown tired of traveling?

Yeah, a long time ago. I hate it. I get anxious if I have to fly somewhere. Most people’s experience is that you take a flight whnen you’re gonna do something fun. I´m actually going abroad to do something fun, but I´m gonna spend twelve to sixteen hours a day in a sound proof space and then it’s already nigh time when I leave the studio and I enter it again straight away the next morning, so I could be anywhere really.

How did you come up with the Starwalker moniker?

When we  were about to make our first video and we didn´t know what our band was supposed to be called. We shot the video up north and it was like we were walking on the moon, but at the time we were tossing idea around and meant to call ourselves BJJB. He´s called JB and I´m BJ. But we felt that Starwalker described the band the best.

There’s a Bang Gang album and then the Starwalker album, that is almost finished. I´m working on a classical ambient album, which I´ll promote better later on. That’s a solo project.